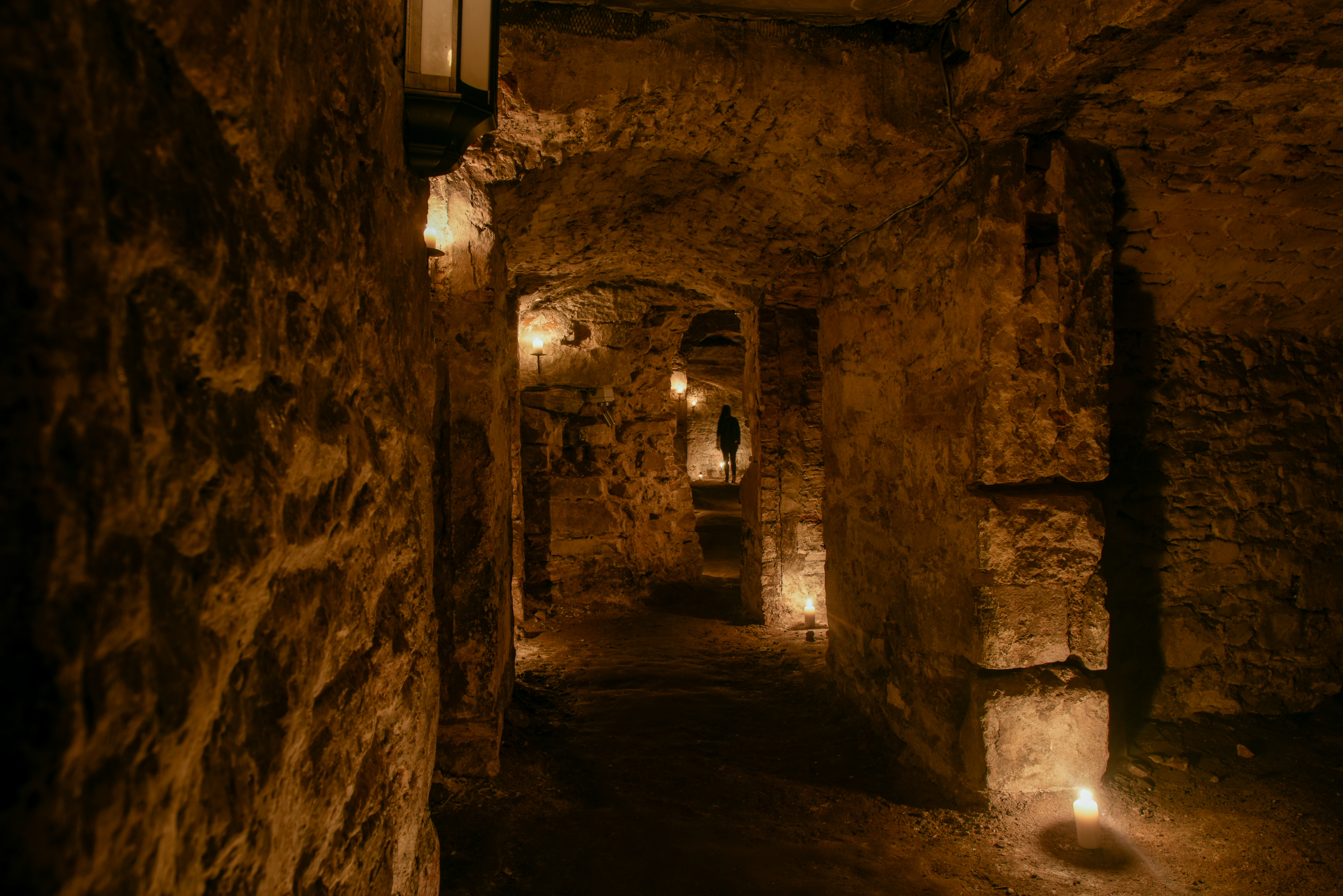 Explore the dim closes and wynds of Old Town Edinburgh after dark has descended on the city, and learn of the unsavoury characters who used to occupy these streets. Experience the eerie and frightening atmosphere of the haunted Blair Street Underground Vaults.  From here, it’s on to the spooky Canongate graveyard, where the spirits of the dead await.

It might be something to do with the change in temperature. Or the perpetual darkness. Or the ever-smaller rooms, stretching beyond the weak beam of a torch or flicker of candlelight. Whatever the reason, there’s something unsettling about the Blair Street Underground Vaults – and our expert Storyteller will reveal the troubling tales on this underground Edinburgh ghost tour.

Cannibals. Body snatchers. Deals with the Devil. And that’s before we even head underground.

A walk through shadowy closes to the Canongate graveyard will bring you to the resting place of Edinburgh’s most famous figures, many of whom met a tragic and gruesome end. Adam Smith, the father of economics; David Rizzio, a confidant of Mary Queen of Scots; and James Douglas, 3rd Marquess of Queensberry – the infamous cannibal of the Canongate.

On this Edinburgh underground vaults and graveyard ghost tour, you’ll hear countless tales of dastardly deeds and ghostly sightings in the very places where they occurred.